The advent and rapid development of satellite geodesy since the late 1980s has allowed to initiate geokinematic research studies first aiming at the precise determination of velocities of the Earth's lithospheric plates, where satellite positioning played the primary role. Applications of satellite positioning have also gained leading role in research areas related to other Earth physics disciplines thanks to the low costs and the multipurpose usability of the devices. Today GNSS is used from the global to the local scales (plate tectonics, plate boundary zones, and also intraplate studies) for the present-day crustal deformation monitoring. 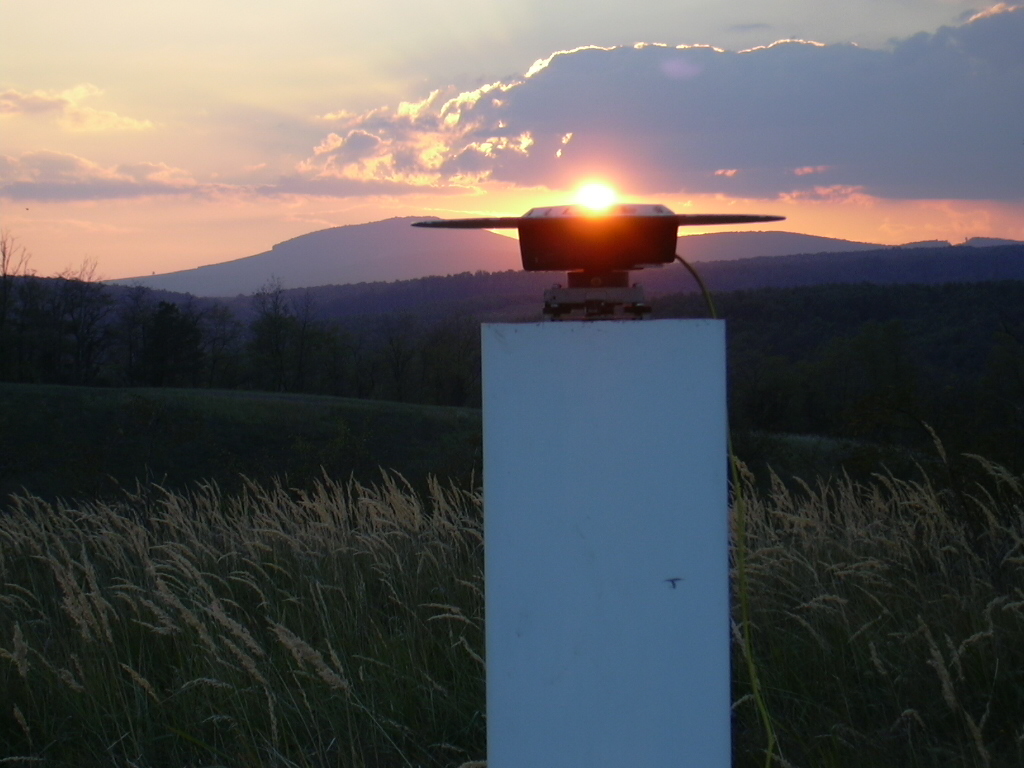 During the GPS geokinematic investigations

using sophisticated processing and analysis tools we estimate the precise position and velocity of the points. Both approaches have advantages and disadvantages. At early times the geokinematic investigations were based primarily on GPS measurement campaigns, but due to the limited number of accessible points, the high human resource requirement and the difficulty of using exactly the same equipment at the same point over longer period of time, the permanent GNSS stations gained quickly growing share in the geokinematic studies on regional and national scales. Although these are mostly located on buildings, the continuous data, the greater number of points and the better spatial coverage allows to identify and remove the effect of the building's own motion and also allow to estimate the effect of antenna replacement by time series analysis tools. In addition at the campaign-style solutions reliable velocity estimation requires much longer time span. Using a continuous data series 3 years of observation could be sufficient and the further observations can be used to fine-tune the estimated value.

SGO was one of the first who launch its own GPS geokinematic measurement and analysis program in 1991, which after 27 years is still operational. It was later extended to Central Europe (CEGRN) with the cooperation of several Central European countries. SGO carries out research and participates in a wide range of GPS geokinematic investigations. Recently satellite radar interferometry as complementary information to GNSS geokinematic investigations was also added to our research portfolio.

On the initiative of SGO the product level integration of the European national permanent GNSS station networks was started in 2009. First we proposed the establishment of the EUPOS Combination Center (ECC) involving five countries (LAT, EST, POL, SLO, HUN). Following the successful combination test ECC had been extended to all Europe in the frame of EUREF as EPN Densification. In EPN Densification the processing results all GNSS networks is provided for SGO in SINEX format, where CATREF software is used for the weekly level and multi-year combination. All metadata is checked and homogenized and a cumulative position and velocity product for over 3000 stations is computed and will be on long term maintained. This data is being used by the EUREF Working Group on Deformation Modeling, where a uniform velocity field and strain rate map is derived for geophysical and geodetic applications.The results can be found on the EPNCB website

The Central European GPS Geodynamic Reference Network (CEGRN), involving 11 countries was established in 1993. SGO was one of the initiator of this first broad international co-operation in the Central European GPS geokinematic research. The CEGRN network ranged from the boundary zone of Eurasian and African plates to the north-east European Precambrian massive, covering all major tectonic units in the region: the Southern and Eastern Alps, the Northwest Dinarids, the Pannonian Basin, the Carpathian Arch and the Czech Massif. The cooperation was supported by the European Union through two framework programs. In 2000, the CEGRN Consortium was set up to further maintain and develop of the network and to coordinate the scientific cooperation with 10 countries. However due to the termination of the external financial support the CEGRN network was converted into a hybrid network, where only selected permanent stations are participating, but their data is still processed in a campaign style.


In 1989-90 the 12 stations of the National GPS Geodynamic Reference Network (HGRN) had been selected and installed. Three of them (BUDA, CSER, KOSZ) are drilled into the outcropping rocks, while the rest are the so-called step markers, also anchored with concrete to the rock close to the surface. All markers allows the forced-centralized installation of the GPS antenna with sub-mm precision. The 13th honorary HGRN point is PENC permanent station installed on the top of SGO's main building. At the time of the first measurement campaign in 1991 the GPS constellation was far from complete, it had only 15 satellites. The GPS constellation was completed only in 1995. In 1991 the network was measured in two sessions with connecting points, twice with 6-hour periods. The measurement time was 3x12 hours in 1993, and from 1995 we use the well-proven 3x24 hour measurement sessions. Since 2007 we involve OGPSH's 9 frame network points as well establishing the Hungarian GPS Geokinematic Reference Network (MGGA). Those points are monumented on sediments, but with their help the nationwide coverage with a better network geometry was realized. All 23 MGGA points are measured every two years, always at the same time of the year using the same instruments / antennae. This homogeneous and regular GPS geokinematic data set is probably unique in the world! The disadvantage of the unchanged observation equipment is that we only capable to collect GPS data, we cannot exploit the advantages of the use of more constellations. We certainly need to change in the near future and to introduce modernised observation technique. The MGGA measurement data is processed by our GNSS Analysis Center using unified, high precision, scientifically proven strategy and models. The coordinate and covariance information obtained during the processing is included in the evaluation process together with the results of GNSSnet.hu, in which surface motion and deformation parameters are determined and analyzed together with other geophysical data. Using the more and more accurate 2 + 1 dimensional (horizontal and height) estimates of the surface movements, we are working on the understanding and seismotectonic interpretations of the Pannonian basin on the sub-millimeter per year of crustal motion velocity levels.